CBHS Theatre and the Brothers On Stage proudly present the WORLD HIGH SCHOOL PREMIERE OF MILLION DOLLAR QUARTET. The show takes place on December 4, 1956 and centers on the legendary meeting of Elvis Presley, Johnny Cash, Carl Perkins and Jerry Lee Lewis at Sun Records. Sam Phillips, the “Father of Rock-n-Roll,” flips the switch to record the jam session and the rest is history. Don’t miss this unforgettable night with the Brothers On Stage!
Our production features more than 20 rock and roll classics including:

BLUE SUEDE SHOES ★ MATCHBOX
WHO DO YOU LOVE? ★ FOLSOM PRISON BLUES
THAT’S ALL RIGHT ★ SIXTEEN TONS ★ HOUND DOG
DOWN BY THE RIVERSIDE ★ PEACE IN THE VALLEY
I WALK THE LINE ★ GREAT BALLS OF FIRE
SEE YOU LATER, ALLIGATOR
Shows are Thursday, March 26 through Saturday, March 28 at 7:30 p.m., and Sunday, March 29 at 2:00 p.m.

General Admission is $10, and senior admission (65+) is $5. CBHS Students and faculty are admitted FREE with ID. 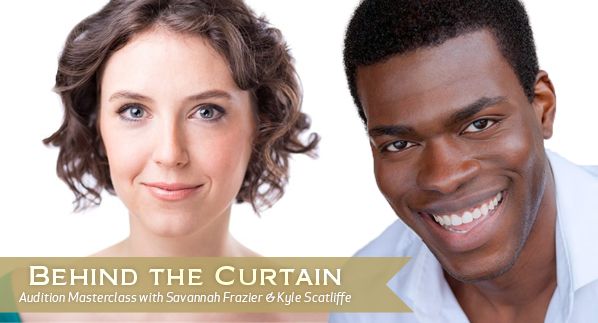 Join broadway and television actors Savannah Frazier and Kyle Scatliffe (currently on tour with Hamilton), who will lead an audition workshop for current and incoming CBHS students in the school's auditorium Tuesday, July 23 from 12 to 3 p.m. The workshop will focus on audition skills and presenting one's best self, with a Q&A session to follow.

Space is limited! Interested students are encouraged to contact Mr. Smiley at jsmiley@cbhs.org to secure their spot.

About Savannah and Kyle:

CBHS Theatre presents The Seagull by Anton Chekhov, translated by Paul Schmidt. This will be the final production of the year for the Brothers on Stage and audiences will be riveted by this talented cast comprised mostly of CBHS Theatre Senior talent.

The Seagull is the first of Chekhov’s four major plays and offers audiences a slice of life dramady set in the countryside of late 19th Century Russia. The Seagull is meant to embody the intricacy of everyday life. Set in a country house amongst friends who have know each other for years a new outsider, Trigorin, begins to upset the delicate social balance with his voracious love life. However, other troubles soon arise such as unrequited love, failed dreams, and pretentious artistic influences. Chekhov weaves the fabric of love and pride into a beautiful story encompassing the full range of human emotion from the subplots with Masha’s love for Constantine to the romantic tension between Trigorin, Arkadina, and Nina. 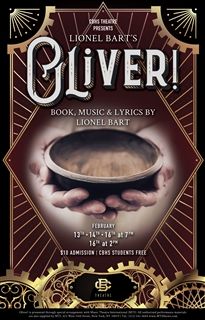 “Consider yourself at home with Lionel Bart's classic musical based on Charles Dickens' novel, Oliver Twist. The Tony and Olivier Award-winning show is one of the few musicals to win an Academy Award for Best Picture and is widely hailed as a true theatrical masterpiece by actors and audience members alike.

The streets of Victorian England come to life as Oliver, a malnourished orphan in a workhouse, becomes the neglected apprentice of an undertaker. Oliver escapes to London and finds acceptance amongst a group of petty thieves and pickpockets led by the elderly Fagin. When Oliver is captured for a theft that he did not commit, the benevolent victim, Mr. Brownlow takes him in. Fearing the safety of his hideout, Fagin employs the sinister Bill Sikes and the sympathetic Nancy to kidnap him back, threatening Oliver’s chances of discovering the true love of a family.

Oliver! is a musical theatre masterpiece, perfectly showcasing the talents of a large ensemble cast as they bring these classic characters and score to life” -- from Music Theatre international

CBHS Theatre has so many opportunities for students on stage and behind the scenes. If you are interested in costumes, sets, sound, lights, stage crew, or stage management, we encourage you to introduce yourself to the CBHS Theatre team during either audition date so that we can keep in communication with you over the school year.

Remember to always be excellent to each other. GO BROTHERS! 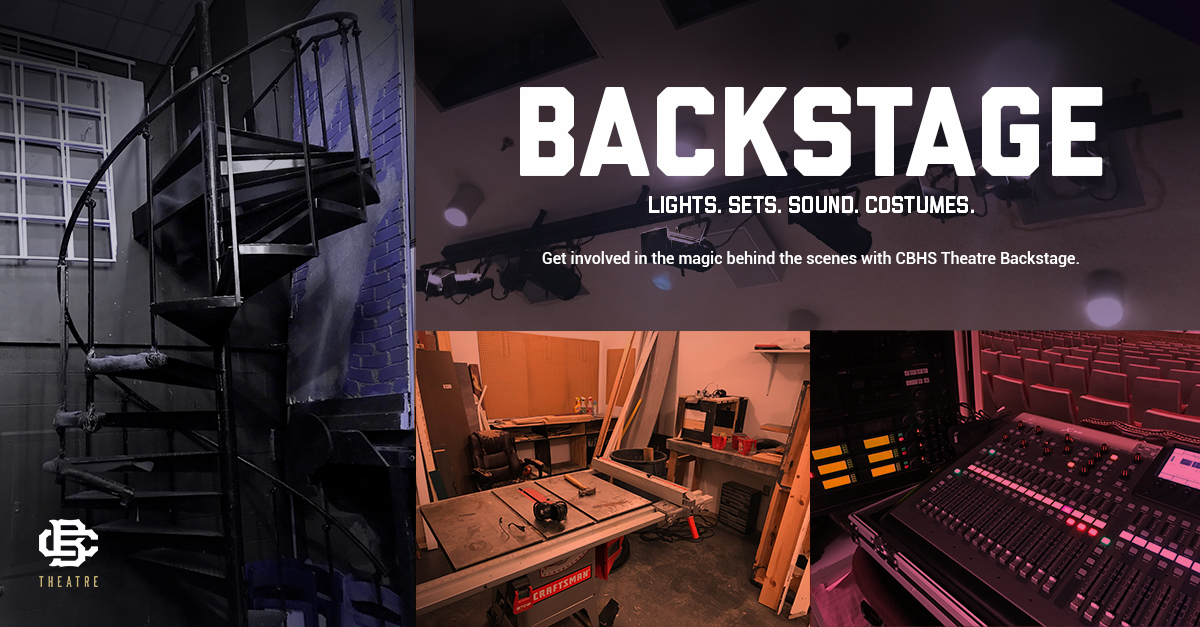 The CBHS Theatre Program exists as an ongoing educational venue in theatrical arts geared toward education and enlightening students, performers and spectators alike, toward the understanding that the ARTS are a vital and meaningful part of the human existence. The number one goal of theatre is education. To that end, the theatre staff work diligently to provide performance opportunities for as many students as possible who might wish to experience being a part of a theatrical stage work. This helps to ensure that many young men of CBHS, and female participants from other schools, have the exposure to theatrical arts education. There are opportunities galore for students of all talents - from actors and singers, to dancers, instrumentalists, designers, and those who love technical work. All young men who attend CBHS are eligible for auditions. Actresses from local high schools are part of our program, and we are always open to all who wish to audition and participate. Novice and veteran performers alike have a home with the CBHS theatre program.
Mr. John Smiley
Theatre Director
jsmiley@cbhs.org